EVERY CHILD DESERVES A SAFE AND SECURE PLACE TO LIVE 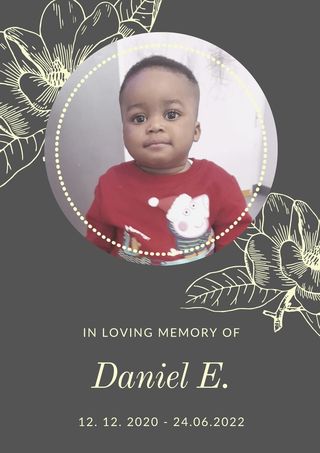 It is with deep sadness and sincere sympathy that we inform you that Daniel, an 18-month-old Nigerian child, was run over and killed by a driver while reversing on the access road to the container accommodation on Friday morning, June 24, 2022  on the premises of the Curslacker Neuer Deich refugee accommodation in Hamburg-Bergedorf. Resuscitation attempts were not successful – the child died due to severe head injuries.

The boy’s mother was a direct witness to the accident and had tried to stop the driver by shouting loudly. The family is in shock and mourning the tragic loss of their child and little brother.

Private vehicles for residents are prohibited from driving in, not even for the transport and delivery of heavy family purchases or furniture.

Vehicles of employed companies and personnel should be parked in the designated parking lot just after the barrier. A red sign reads „Caution – children playing! Walking speed only (max. 7km/h)“, in order not to endanger the children. Regardless of this, the driver drove directly up to the container houses at the expense of the safety of small children. The residents of the camp report that the access to the container houses was left unguarded until the fatal incident. A control by the lock-opening social workers* did not take place.

Residents repeatedly complained that the safety of children and families in the Curslacker Neuer Deich container accommodation has been catastrophic for years and that the physical integrity and the life of the refugees (mostly African women and their children) in this container-camp is not adequately protected.

Due to the carelessness and the untenable conditions, it has now come to the tragic accident which now lead to the absolutely preventable death of Daniel, who was only 18 months old. Eyewitnesses report that the driver delivered only a package to the container house where Daniel, his family and others lived. It was obvious to the driver that several children were playing near the delivery van parked in front of the house. Nevertheless, the driver overlooked little Daniel, who was playing behind the car, and ran over him while reversing, although there was a non-hazardous turning possibility a few meters in front of him.

The family expresses shock at the police report published on June 24, 2022 – and press reports based on it – which completely incomprehensibly claims: „According to initial findings, there are indications that an 18-month-old boy crawled under the car unnoticed when the driver started moving his car.“

From whom do the police claim to have received these „clues“?

There are no excuses or apologies for injuring or even killing small children while backing up – even more so when extra signs warn to be careful about children playing! Due to many awareness campaigns and corresponding regulations in the German Road Traffic Act (StVO), most drivers also must know that there is a special duty of consideration for small children, so that their endangerment will be avoided.

The public media portrayal with an implicit blame of negligence on the parents of the now dead child is an unbearable re-traumatization for the family. In the social media, this led to correspondingly despicable comments towards the parents but expressions of empathy with the driver responsible.

The BLACK COMMUNITY Coalition for Justice & Self-Defence demands unbiased investigations as well as charges against the driver of involuntary manslaughter or bodily injury resulting in death. The Hamburg communal housing company (Fördern & Wohnen) operating the container camp should also be held accountable for systematically failing to prevent such dangerous situations on the premises, exposing children to avoidable risks.

Immediately after the tragic accident, the family was placed in a distant camp in Hamburg-Harburg, where there is a construction site directly in front of and next to the house.

In cooperation with the Child welfare Office, the family has now been temporarily assigned a shared apartment in Bergedorf, however, the parents and their two children (a three-year-old and a four-week-old baby) are now in immediate need of adequate and protected shelter. ARRiVATi – Community Care has been providing crisis intervention and pyscho-social counseling.

On Sunday, July 3, 2022, a vigil organized at short notice took place at 6 p.m. at the site of the tragic as well as preventable accident in memory of little Daniel. We ask all compassionate people from and outside our African communities to participate in the next days and weeks in the memory and sympathy on the spot with flowers, candles and small cuddly toys and thus assure the bereaved that they do not have to mourn all alone. 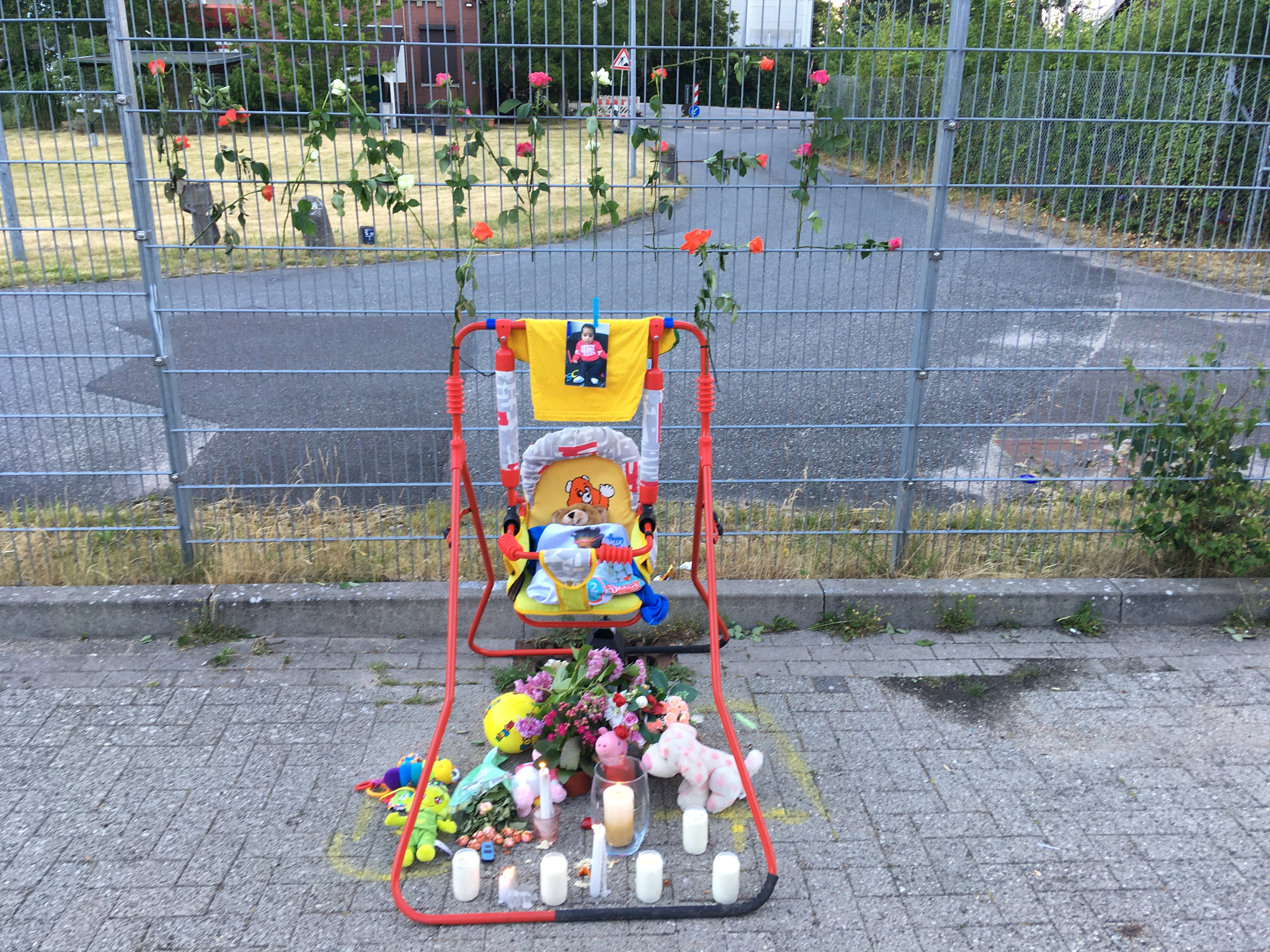 When little Daniel’s father learned of the boy’s death while in the ambulance caring for his mother, he immediately wanted to see the dead boy. When he got out of the ambulance, he stumbled to the ground and was violently restrained there by several police officers. In this situation, the fearful father had to explain himself to the police officers kneeling on him that he only wanted to see his son before they finally let him get up again: